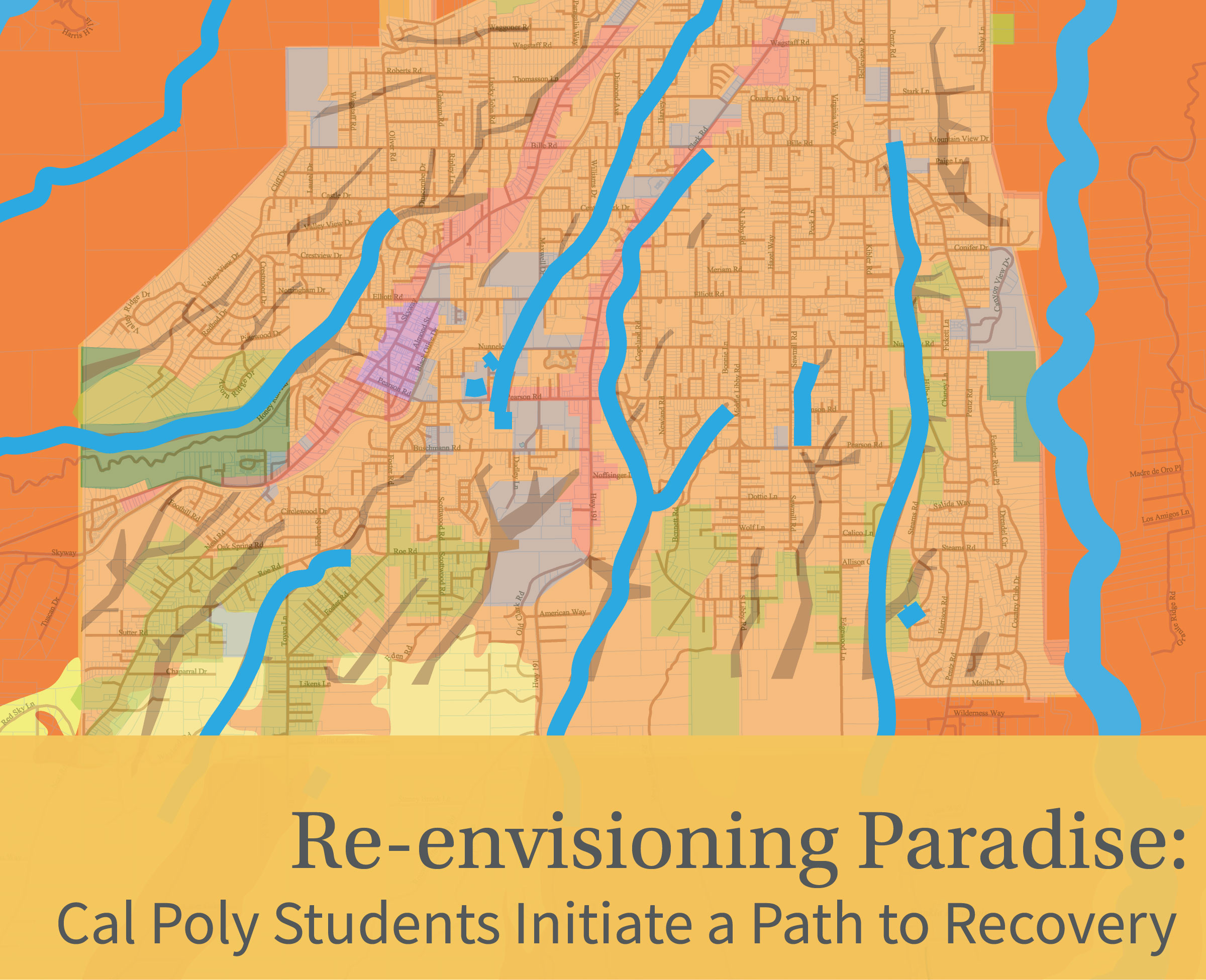 On the morning of November 8, 2018, the deadliest and most destructive wildfire in California’s history swept through Paradise, a rural community in the Sierra Nevada foothills near Chico. In a matter of hours, what came to be known as the Camp Fire devastated the town. Eighty-six people were killed and over 18,000 structures destroyed.

Just two months later, thirty-six students in two third-year architectural design studios at Cal Poly, San Luis Obispo, began working on projects to conceive a reconstructed Paradise. There would be two parts to the students’ work over the course of the next six months. The first was to consider large-scale planning issues for the town as a whole: how to re-imagine it as a more socially cohesive, ecologically sustainable, and environmentally secure community. The second was to look at how singular architectural building projects could help realize those same goals: create a more unified urban fabric, provide a more diverse range of uses and employment opportunities, and showcase more suitable building strategies in terms of energy use and fire safety.

While the studios were academic exercises, they nonetheless offered unique service-learning opportunities, allowing students to confront real-world issues and interact with residents and stakeholders, many of them still in shock from the immensity of their loss. In turn, the students’ proposals became part of the public dialogue, as witnessed by considerable media coverage throughout winter and spring quarters, of how Paradise might move ahead with its rebuilding and healing process.

The studios were led independently by Stacey White and Kent Macdonald, both lecturers in Cal Poly’s Architecture Department. Each of the studios had its particular outlook and method, reflective of each instructor’s own interests, but the students had many collaborative experiences – visits to Paradise, meetings with stakeholders and affected residents, and numerous public presentations – and there were several instances of collaborative work between the studios.

The below collections showcase the work from Mr. Macdonald’s studio, his students’ group work on planning research, precedents and goals (some of which include the work of Ms. White’s students) and sixteen individual building projects.